By Neil Falconer on February 3, 2016 in Print Tribe Features 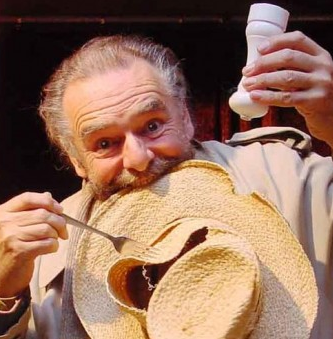 I feel at times a bit like Cassandra from the Trojan Wars; prophesying on the print sector is not always upbeat. So it is nice when there is some perfectly objective good news is reported and can be celebrated.

So in the UK the latest government statistics for the sector have been published and whilst it is not entirely unalloyed joy, there are some very encouraging signs to report. Overall the sector was reported to be worth £8billion for 2014, close to the £8.5 billion of 2008, the peak before the recession. So with the economy recovering slowly but steadily through 2015, when the figures are published this time next year we can expect to see that at last we are back to the turnover pre-recession.

Interestingly CPI, the Confederation of Paper Industries reported this month that paper and board consumption for 2014 had held at 9.2 million tonnes, the same as 2013; the first year there has not been a drop year-on-year since 2005. It peaked by the way at 12.8 million tonnes in the year 2000.

The winners – Books and others

It was not long ago that pundits forecast the rapid decline of printed books in the face of the e-book onslaught. Yet in a surprise announcement in September 2015, the Association of American Publishers released data showing that e-book sales dropped 10% in the first five months of 2015, compared with the same period last year. It must be added that they also reported a slowdown in printed books but at a much slower rate, down just 2.3%.

The definitions for government statistics are always a problem but photobooks has grown from £19 million in 2008 to £39 million in 2014.

What is called Stationery and programme print – largely commercial business print has grown from £1.2 billion in 2008 to £1.4 billion in 2014. Probably this is a reflection of the general recovery in the economy.

Trade advertising shows signs of recovery up to £1.6 billion in 2014, albeit still some way short of the £2 billion is was worth in 2008.

The losers – Newspapers, magazines and catalogues

Newspapers is the biggest loser down from £446 million in 2008 to just £138 million in 2014. No wonder that the newspaper sector is struggling with digital sales only modest compensation for the lost hard copy sales.

The government statistics just highlight turnover and do not attempt to review the mix of production ie the swing to digital print. However when the latest annual Trends report is published by drupa next month, I am confident it will show that there is sustained rapid growth in digital print and even modest growth for sheet-fed offset worldwide.

So there are winners and losers in terms of markets, products and technologies and the ambitious printer needs to note these changes and work out how best to exploit the winners.